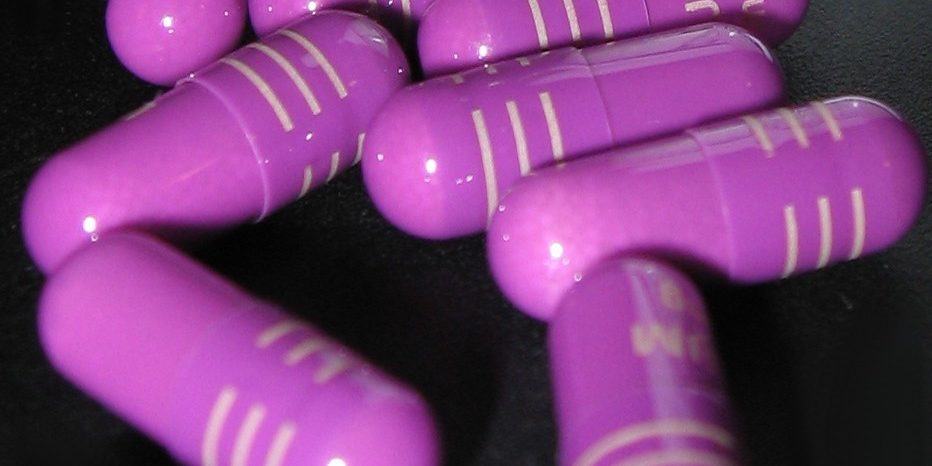 Feeling the Burn of Acid Reflux? Why Taking Antacids to Soothe the Symptom can Fuel the Fire!

FEELING THE BURN OF ACID REFLUX? WHY TAKING ANTACIDS TO SOOTHE THE SYMPTOM CAN FUEL THE FIRE!

The number of people suffering from acid reflux symptoms has increased dramatically over the last decade but what is even more alarming is the number of people on acid suppressing drugs and often times for no reason. It is hard to turn on the TV without seeing a commercial depicting a body figure radiating with heat and fire and suggesting a “purple pill” will do the trick. To make matters worse antacids are often prescribed as a “preventative” in hospitals even though these drugs are known to perpetuate and increase the risk for hospital acquired infections.

Acid suppressing drugs are designed to either block gastric acid production or buffer gastric acid. The consequences of blocking the biological function of gastric acid are reduced digestion, inflammation, damage to the gut lining, and immune dysfunction. Under normal circumstances the stomach is at or around a pH of 2! This is extremely acidic and is imperative to not only proper digestion but also an important component of the body’s immune system

The majority of protein digestion occurs in the stomach where pepsin and pepsinogens are released in the presence of gastric acid in order to break down protein that is consumed. The lack of gastric acid, such as that in those taking antacids, leads to poor digestion especially of proteins. After gastric digestion, proteins are sent into the small intestine to be absorbed. Large undigested food particles damage the lining of the small intestine leading to “leaky gut syndrome”. Leaky gut syndrome occurs when the permeability of the small intestine is affected allowing the absorption of large food particles. Once undigested food particles are absorbed in the small intestine, the body mistakes these large food particles for infectious invaders and an immune response is initiated. This immune response is what is responsible for the increase in food sensitivity and allergies we are seeing today. Overtime the lack of proper digestion increases the body’s inflammatory response which usually results in worsening of acid reflux symptoms.

Gastric Acid as a function of the Immune System:

Another major function of gastric acid is the ability to protect the body from pathogenic bacteria. Certain bacteria such as E. Coli are known to wreak havoc in a compromised immune system and this is often due to a depleted gut flora and lack of gastric acid. Many of the infectious intestinal bacteria are not able to survive in an acidic environment such that of a normal healthy gut. The introduction of acid suppression therapy (antacids) increases the gut pH which allows pathogenic bacteria to grow and eventually over power the healthy good bacteria in the gut. The beneficial flora is a vital function of not only optimal digestion but total body immunity and protection from disease. When the healthy gut flora is compromised the body is left vulnerable and prone to infection.

“All diseases begin in the gut” – Hippocrates

Poor digestion is the main culprit behind acid reflux yet it is also a side effect of the drugs used to treat acid reflux symptoms. A diet of processed sugars and an abundance of grains is accredited to feeding the negative bacteria in the gut and eventually causing an imbalance of dangerous gut bacteria (dysbiosis). Refined foods, sugars, grains, and starches are also responsible for feeding Candida yeast. Similar to bread making, the fermentation of excess yeast in the gut causes foaming and bubbling of CO2 gas. Overtime the constant pressure of gas from yeast fermentation is forced up into the esophagus along with stomach acid causing acid reflux. The addition of antacids to the mix would only decrease the stomach’s digestion ability causing even greater overpowering of yeast leading to even more pressure due to gaseous production.

Where were you during lunch hour?

Other than the diet itself, the time at which we chose to eat can also play a role in our digestion. It’s safe to say that many of us know that we could make some improvements in our diet but what most don’t realize is that the timing of when we eat plays a huge role in our digestion as well. Fast food restaurants are a multi-million dollar industry for a good reason…time is money! As a society we are too busy. We have meetings, appointments, and deadlines even during lunch hour so it is common to rush through a drive thru and eat while you drive back to work or eat your protein bar while running to your appointment. The problem with eating during these times is that we are often in “fight or flight mode”. Someone might cut you off on the freeway or maybe your trip over a briefcase in the hallway and your adrenaline is rushing and your saliva has thinned and your body is not in digestion and absorption mode. Fight or flight dining causes poor digestion which not only leads to acid reflux but eventually will lead to leaky gut syndrome as well.

A traditional western medicine approach to treating acid reflux involves the use of acid suppression therapy through the use of Antacids, Proton Pump Inhibitors, or H2 Antagonists. These drugs do not address the root cause of the problem and can actually make acid reflux symptoms worse by decreasing the acidity of the stomach and hindering digestion. As previously mentioned, gastric acid is vital to the digestion of food and absorption of minerals. Most people with acid reflux are actually not producing enough stomach acid.

Supplementing with digestive enzymes and HCL can actually improve acid reflux by increasing the acidity of the stomach and thus improving digestion. Digestaid has both a comprehensive enzyme blend and HCl- with ox bile to support breakdown of carbs, protein, and fats as well as reduce stagnation or fullness in the stomach to both enhance nutrient absorption and reduce pressure and reflux.

Apple Cider Vinegar is another way to increase stomach acidity and digestion and promote bile production as well. Incorporating a Liver Flush, upon rise each morning, is a perfect way to improve optimal digestion and it also jump starts the body’s metabolic function. A Liver Flush consists of using 1 tbsp of Bragg’s Raw Apple Cider Vinegar in 2-4 ounces of water each morning. This not only increases the acidity of the stomach and signals the release of digestive enzymes, it also encourages the liver to begin bile production to aid in bowl formation.

A Biphasic Natural Foods Detox is sure to remove toxins and irritants from not only the gut but the entire body. Learn about our 10 Day Real Food Detox program HERE!

Customize your plan and wean off your GERD rx using food-as-medicine and a guided HCl- challenge! Learn how to get started at Naturally Nourished Today!