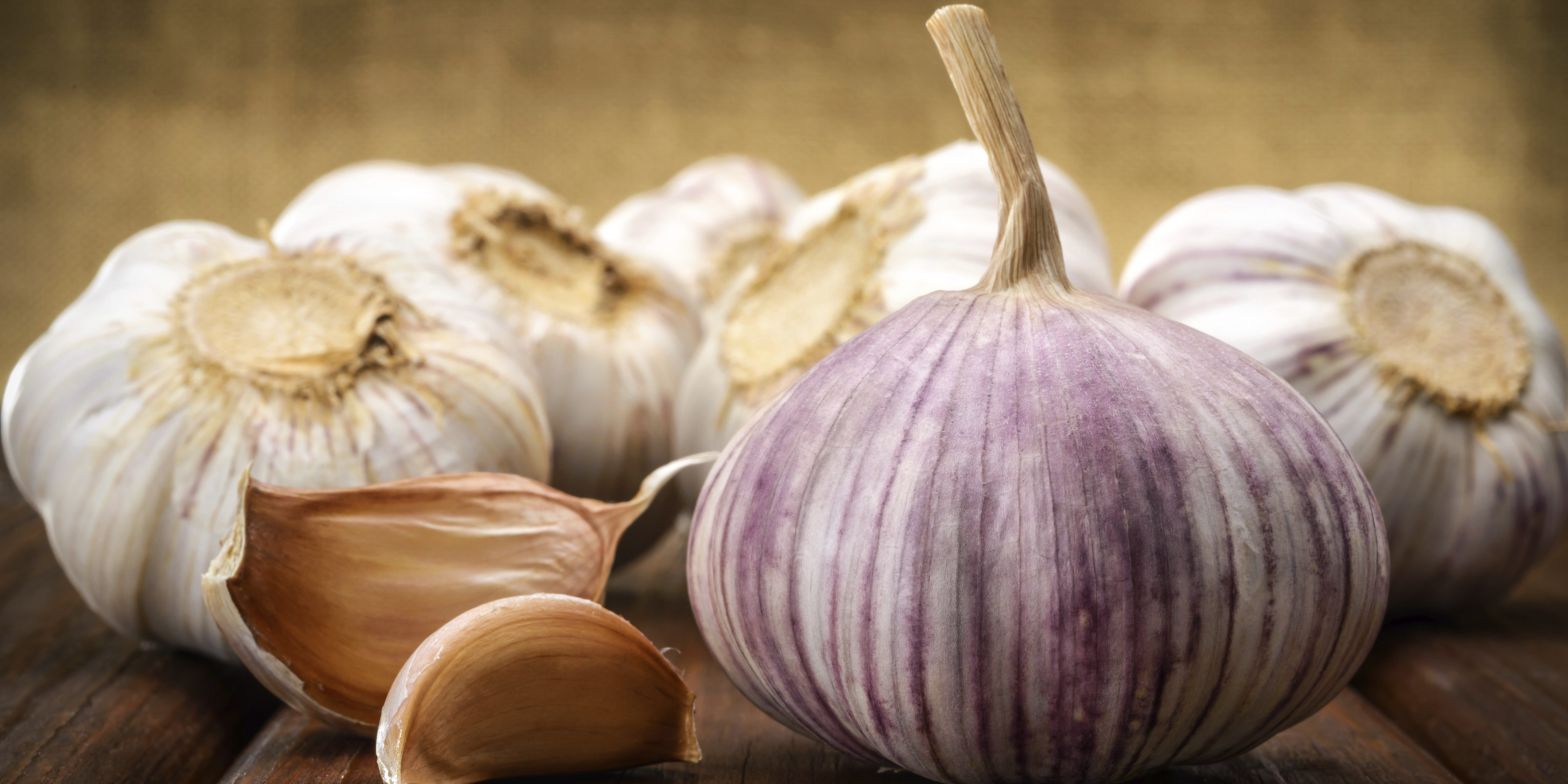 With the flu hitting epidemic proportions, I wanted to give ya’ll some food as medicine tips to get through without getting struck by illness!

Over 80% of our immune system is regulated by the gut, so incorporating probiotic food sources into your daily plan is a great way to ensure the bacteria in your body is working to protect and regulate vs. wreak havok. Studies have shown eating foods rich in probiotics can lead to an improved immune response by increasing the body’s white blood cell count. Check out some of Ali’s favorite products: Nancy’s Organic Plain yogurt, Wallaby Organic yogurt, Lifeway Organic Keifer Super Greens. If you can’t do dairy, try raw fermented sauerkraut or fermented vegetables or try kombucha probiotic tea.

Much of the immune-boosting properties of garlic come from its sulfur-containing compounds, which also give the bulb its aroma, particularly one called allicin. These compounds are anti-bacterial, anti-viral, anti-fungal and protect against parasitic infections. They enhance the immune system and provide anti-tumor and antioxidant features, which help guard our cells. Most recipes start with garlic or onions so make sure to get your benefits by bumping up the intake through soup, stew, stir-fry, and salad dressing. Be sure to let garlic sit for about 10 minutes after being chopped as the oxygen activates its compounds! Try this recipe for roasted garlic to use in spreads or dips.

Roasted Garlic: Preheat oven to 375 degrees F. Cut the tops off your garlic heat to expose the tops of the cloves, the root should still be in tact. Cut a thin slice of butter (Ali recommend’s Organic Valley Pasture-raised as it has higher omega-3 fatty acids) and place on exposed garlic tops. Wrap in foil and place up-right in oven to roast for 15-20 minutes until soft and aromatic. Use in spreads, pastas, whole grains, dressings, or just eat 1 tsp/day for an immune system boost!

has long been promoted as a “cure” for the common cold and University of Nebraska researchers validate that claim. They tested 13 brands, they found that all but one (chicken-flavored ramen noodles) blocked the migration of inflammatory white blood cells. Cold symptoms result from an accumulation of these cells in the bronchial tubes, so the ability to block the build up with block symptoms or advancement of illness. The amino acid cysteine, released from chicken during cooking, chemically resembles the bronchitis drug acetylcysteine. Chicken broth has another amino acid glutamine, which aids in rebuilding the gut where most of the immune system is regulated. Use sea salt to create a nice salty broth which keeps mucus thin the same way cough medicines do. Give your soup a boost with garlic, onions, carrots, and celery which can increase your soup’s immune-boosting power.

Did you know? The collagen released from the bone of chicken can work like an internal face-lift too! Check out the recipe for a quick bone broth here!

rich in plant antioxidants and polyphenols, these powerful beverages can help protect the body against cold or flu. Some of the more convincing studies highlight a compound called epigallocatechin gallate, or EGCG, a powerful antioxidant and anti-cancer agent. EGCGs have been shown to inhibit the growth of cancer cells without harming healthy tissues; studies have shown that EGCGs can inhibit a virus’ ability to replicate, which may offer an offensive strategy for preventing a cold, as well as improving the body’s overall immune response.

A Harvard study discovered that people who drank 5 cups a day of black tea for 2 weeks had 10 times more virus-fighting interferon in their blood than others who drank a placebo hot drink. L-theanine, is an amino acid that’s responsible for this immune boost found in green and black teas, and decaf versions have it also so you don’t have to miss out on your zzzzzs.

If all else fails….try the Master Tonic!

No NOT the Master Cleanse….this tonic has been said to ward off the plague! Check it out here.